The Estate Planning Attorneys in Williston Park, NY You Can Trust 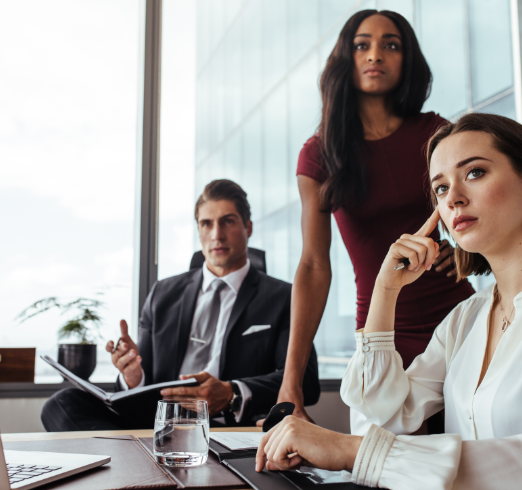 we put over 30 years of legal experience and innovation to work for you today. As one of Williston Park’s most prominent law firms, we have long-standing client relationships that span generations. We have earned a reputation for crafting innovative business and financial solutions and developing precedent-setting legal strategies to achieve our clients’ goals. We stand out from our competition because we hold the individual needs of each client above everything else. Find out what makes us different.

Trusts and estates is a practice area that involves the creation and management of trusts and the administration of estates. Trusts are legal arrangements in which one party, known as the trust creator or settlor, transfers ownership of assets to another party, called the trustee, to hold and manage for the benefit of one or more beneficiaries. Trusts can be created for a variety of purposes, including to manage assets during one’s lifetime, to provide for loved ones after death, and to achieve tax and estate planning goals.

In the context of trusts and estates, estate administration refers to the process of managing and distributing a deceased person’s assets in accordance with their wishes, as expressed in their will or trust document. This can include tasks such as gathering and valuing the deceased’s assets, paying debts and taxes, and distributing the remaining assets to beneficiaries.

D’Angelo Law Associates specializes in trusts and estates, and assist clients with a wide range of services, including drafting and reviewing trusts and wills, advising on tax and estate planning strategies, representing clients in probate and trust administration proceedings, and handling disputes that may arise in these areas.

Estate planning is a practice area that involves helping individuals and families plan for the management and distribution of their assets during their lifetime and after death. Estate planning attorneys work with clients to develop customized plans that address their specific goals and needs, taking into account factors such as their financial situation, family dynamics, and any potential legal or tax issues.

Some common services provided by estate planning attorneys include drafting and reviewing wills and trusts, advising on tax planning strategies, creating powers of attorney, and establishing guardianships for minor children or incapacitated adults. Estate planning attorneys may also assist clients with charitable giving and asset protection planning, as well as helping them navigate the probate process after a loved one’s death.

Overall, the goal of estate planning is to help clients protect their assets, minimize taxes and other costs, and ensure that their wishes are carried out according to their desires.

Real estate law is a practice area that involves the legal issues surrounding the ownership, use, and development of real property. Real estate law can encompass a wide range of legal issues, including property transactions, landlord-tenant matters, zoning and land use regulations, and construction disputes.

Tasks include reviewing and drafting purchase and sale agreements, conducting title searches, and handling the closing process. In a landlord-tenant matter, we can assist with issues such as drafting leases, handling evictions, and resolving disputes between landlords and tenants.

EXCELLENT Based on 15 reviews

Lyse Jackel
Miss J. D'Angelo is easy to speak to. She explain in detail all the documents that you may need for your situation.

lisa tallarico
My husband and I completed our estate planning with D'Angelo Associates, and they were extremely professional and considerate. Stephanie is incredibly knowledgeable and her entire office is a pleasure to work with. We would recommend her to anyone needing assistance in the planning process.

JoAnn Porcelli
Cannot recommend this law practice enough. Explains everything and stands by you each step of the way. Has been a true pleasure to do business with.

Madhu Malhotra
Stephanie and the whole Team are Excellent I have so much Faith in them They are Gracious. Go out of their way to address your needs promptly . Very proactive and knowledgeable. I have everything done through them. They make you feel like Family. Mr Frank D’Angelo and Dr Annmarie’D’Angelo are Excellent with Elder care and Family Care needs. Very Prompt and you feel that you are taken care of from the first time you meet with them. Me and my Family are Grateful for everything they do and have done. I will highly recommend them for all your needs.

MJ
I interned at D'Angelo Law Associates this past summer and had the most wonderful experience. The firm takes personal interest in every client and works to address the specific needs of each case. It was the best learning experience I could have asked for before starting my first year of law school this coming fall.

Lynne Muchinsky
All the folks at the D'Angelo Law Associates office have always been very accommodating. They always get back to you timely and if you are unable to travel, they make house calls.

Have A Question? Call Us

Williston Park is a village in Nassau County, New York, United States, located east of Mineola and north of East Williston. It is considered part of the Greater Roslyn area, which also includes parts of the adjacent villages of Albertson and East Hills. The population was 8,232 at the 2010 census.

Williston Park is a commuter village, with its residents typically commuting to Manhattan and other parts of Long Island for work. The school district was rated above average overall by GreatSchools in 2019. The village is home to several churches and synagogues, as well as the historic Plattduetsche Park Restaurant, which has been operating since 1868. The village also has two parks, which are well-used by residents and visitors alike. There is a public library located in the village as well.

Williston Park prides itself on its small-town atmosphere and community spirit. Many social events take place throughout the year, including festivals, parades, block parties and other activities. Williston Park is an attractive place to live for those who want a quiet village lifestyle near the attractions of Nassau County and New York City.

Williston Park is also home to several businesses, including restaurants, shops and service-oriented businesses. There are many opportunities here for entrepreneurs looking to start their own business in the village or to purchase an existing business. Williston Park is a great place for businesses to locate and serve the local community.

Williston Park, NY is a small village located in Nassau County on Long Island. It has a population of just 8,100 people according to the 2010 United States Census and occupies an area of only 0.6 square miles. As such, it is one of the smallest villages in New York State both by population and land area. Demographically speaking, Williston Park is somewhat diverse with a very high concentration of Italian-Americans home to nearly 20% of the population, followed by Irish and German Americans with 12% and 10%, respectively. The village also contains smaller communities of Polish, Greek, and Filipino American families among others.

Williston Park, NY is a charming village in Nassau County, and its commitment to education is remarkable. The Williston Park Union Free School District contains over 1,500 students enrolled in their four schools. All of these schools prioritize the academic success and well-being of every student through its array of curricular and extracurricular activities. From its top-notch afterschool programs to its college prep classes and athletic teams, the faculty and staff work hard to make sure that each student receives a quality education. Recently, there has been an increasing focus on creating an environment centered around respect and compassion that reinforces positive social emotional learning skills. Thanks to Williston Park’s dedication to education, their students are prepared for educational endeavors at any level.

Williston Park, NY is a great destination for tourists who like to experience a small town atmosphere, while still being close to the action of New York City. Williston Park features many family-friendly activities, such as visiting Hinsdale Spiritualist Camp, an eerie but serene location that is home to gravesites, campgrounds and a mysterious abandoned chapel. Tourists also have the chance to explore the historic sites in the area such as Nassau County’s Otis Pike Homestead which is an 18th century farmhouse that was owned by Revolutionary War patriot William Webb. There are also plenty of shops and restaurants to explore throughout Williston Park. For those looking for outdoor adventures, Herman Geurts Settlement Park provides several scenic walking trails and canoeing opportunities. All in all, it’s easy to appreciate why Williston Park is becoming increasingly popular among tourists!